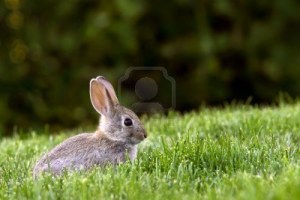 Running rabbits, in circles they jump

Across the grasslands and past the river

They love their kindly neighbors, the little black moles

A little hedgehog disturbs them at night, prickling their bottoms and giving them frights

Eating worms that make them repugnant

But the little rabbits don’t pass them their judgements

For what suits one, may not suit another

Depends on what you are and who is your mother

This is how nature works

If an unpublished writer sent an anthology of short stories to either a publisher or an authors agent, would that be too presumptuous?

I am thinking about compiling about twenty short stories in my own anthology and then giving the whole thing to an authors agent, but I am a little worried that could be writing career suicide, what’s your thoughts please?

This blog is starting to represent morning pages more than my actual work and I am trying desperately to avoid that; I am over emotional lately, a lot of my time is taken up trying to get myself back on track, but once I’ve eliminated one problem, something else wants to take its place and that’s usually either more family problems, like a death in the family or an announcement of cancer – or anything really, anything.

There’s a lot I should be doing and procrastination shouldn’t be an option.

I have noticed my 3500 word count goal is on cue every day, but it’s most certainly not creative writing it is non-fiction essays based on my life mostly.  I write an average of two and five poems a day but that’s not what I am here for, I am here to write actual stories, not just poems and rants.

I am saying that whilst writing yet another rant, I see that now.  Whilst I am ranting on there’s a question coming to mind, which I will ask in a separate post.

Meanwhile, I dislike the sleaziness that is in my blog these days when it’s short stories; I don’t want to be known for sleaze, but actual solid dark fantasy that doesn’t concentrate on sexual themes.

I don’t like reading too much fiction from other people either, because it makes me clamp up and think “Oh my God, someone is already onto my great idea”, or I think that someone has used a name for a character similar to my own and I would be the one blamed for plagiarism instead of mere coincidence.  Since I was ten years old I’ve had a character and a massive story in my head for vampires, yesterday I found a blog based on a character similar to my own with the same name – oddly enough, she isn’t copyright thieving off me because that story has never been announce publicly anywhere, it’s pure coincidence, so now I am going through the hard task of trying to think up a new name for a character I’ve known for almost seventeen years.  Believe me, when you’ve been very familiar with your character for that length of time, the idea that its name has to change is heart wrenching.

Saying farewell to your past

It is better that way, don’t let things stew

If people bring you down, whether they’re family or not

Then you are better off without them, or else your life will rot

They zap out all your energy

They throw away your years

And even worse than that, they fill your days with tears

Guess what?  You’ll be strong without them

Your life will see better days

You can do anything

Without their criticizing malaise

Go ahead and you’ll see

Just dust yourself down and say farewell

To your past and your wreckers

My friend the wolf

I’m dancing under the rainbow lights of a club

Dancing with all my kindred cubs

Wolves of the night we are

Dancing into ever darkness

On prey that walks in the night

When we sight them

Till their life ends

This poem is honor of an old friend of mine I lost contact with a year ago, I miss him, he claimed to be involved with lycanthropy, I would say I believe him because I think I’ve seen him start transfiguration one night and he got rather embarrassed by it and touchy, yet he was always searching to be a lycanthrope.

Something happened where he said he sensed something about me and he was worried that he would hurt me as he regarded me as his spiritual sister, so he migrated to Ireland.

I’ve known some strange people in my time, I’ve seen some strange things and you know what?  That’s why I don’t dispute the existence of anything; I fully believe in the paranormal, but I am unsure what to believe in as a main faith.  I am darker than light I reckon, because the light is too bright and cheerful for the likes of me, I like morose, dark fantasy, dark ambiance and nightfall; it’s more peaceful and artistic.

There’s nothing to be afraid of, the dark doesn’t have any real monsters – well not the kind you should be afraid of.  People fear the unknown that darkness brings, yet actually humanity, particularly those involved with any mainstream religion, are probably more monstrous than anything you could possibly find in a horror story.

Whenever anyone is overly zealous about their faith, that’s when I start to worry, that’s when alarm bells ring for me – get away from them as soon as possible, or they’ll send you mad and the people around them, they’re dangerous.

But I only think that because of my experiences with zealots in the past.  I am lucky to be strong minded in regards to keeping an open mind, if I wasn’t; I think I would have been converted to some crazy religion years ago, hell, I had plenty of chances – Jehovah Witnesses coming to my mother’s house every Thursday trying to convert us, occasionally mum would talk with them, but we never got deeply involved, though mum did consider it once or twice, but then got scared off with their stupid ideas about disallowing medical care for herself and such and such, thank goodness for that, really.

Awashed with the rain

the dirtier I get

Musings of a Chaotic Mind

Combine the mental (mindset), the physical (exercise) & the spiritual (meditation) together to Awake Your Inner Dragon.

Your best garden tools and tutorials.

An Independent Non-Discriminatory Platform With No Religious, Political, Financial, or Social Affiliations

Whosoever Will, May Come

Faithful Believers, Are There Any Left?

I'm a shattered mirror. Poetry holds my broken pieces together.